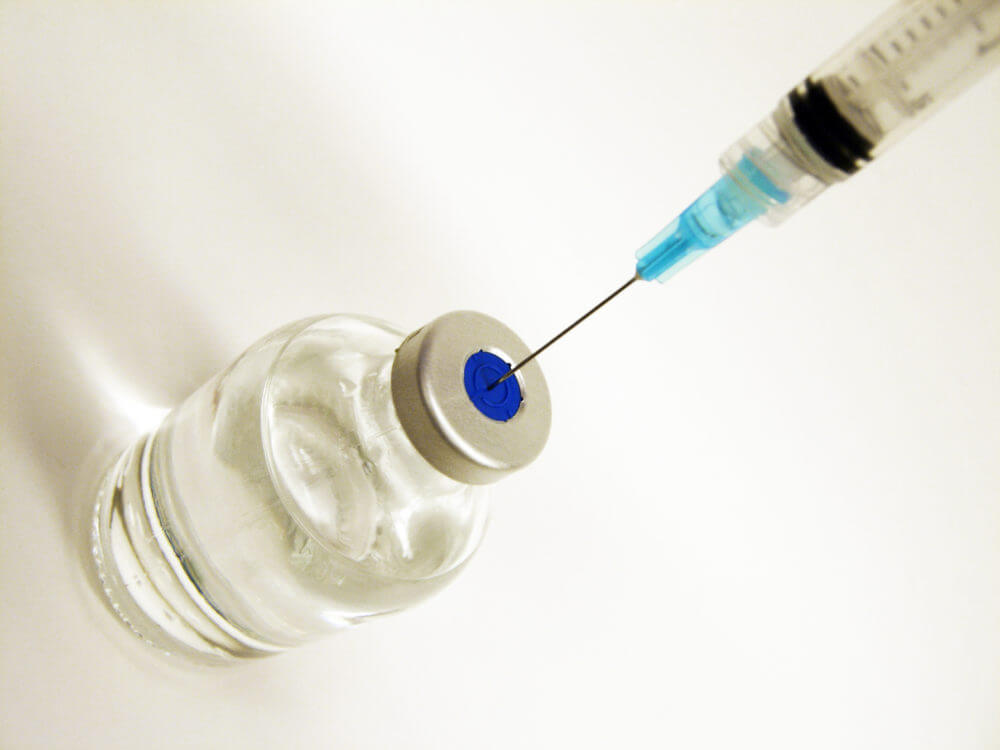 What is the MMR Vaccine?

MMR is a 2-dose vaccine that protects against the measles, mumps, and rubella viruses. The CDC recommends giving the MMR shot to children between 12 to 15 months old and the second does between 4 to 6 years old.

IS THERE COMPENSATION FOR AN MMR VACCINE INJURY?

Yes, the federal government set up the Vaccine Injury Compensation Program (VICP) to help people who experience these severe injuries from a vaccination. A federal trust fund has paid out billions of dollars to compensate vaccine-injured patients across the country. Mctlaw won hundreds of millions of dollars in compensation for our clients in the VICP over the past several years. You can see some of our thousands of successful client case results here.

mctlaw. vaccine attorneys negotiated compensation for a client who’s child was severely injured by a bad reaction to the mmr vaccine.

We represented a one-year-old baby girl, who had a severe reaction to an MMR shot. The baby’s mother noticed she was feverish and uncomfortable that night. They gave her Tylenol at her doctor’s advice, but it didn’t bring down the fever. Her parents rushed her to the ER, and she went into cardiac and respiratory arrest. Doctors placed her on a ventilator. Though they saved the baby’s life, she was left with irreparable injuries. Her mctlaw vaccine injury lawyers negotiated a $101 million lifetime settlement from the VICP.

Having trouble deciding who will represent you in your vaccine case?

We make it easy with our simple guide to choosing the right lawyer for your vaccine case.

HOW CAN OUR VACCINE INJURY ATTORNEYS HELP YOU?

To best help you, we need the following documents to see if you qualify to file a claim in the VICP:

Contact Us Now for a Free Vaccine Injury Case Evaluation

WHY CHOOSE MCTLAW TO REPRESENT YOU?

Common Reactions to the MMR Vaccine

Acute Disseminated Encephalomyelitis, or ADEM, is a rare neurological disorder that primarily affects children but can also occur in adults. ADEM usually occurs after a viral or bacterial infection; however, there have been ADEM cases that developed following a flu shot.

With ADEM, the immune system essentially overreacts and produces inflammation in the nervous system and damages the protective layer that coats nerve fibers. This causes individuals with ADEM to experience confusion, blurry vision, and difficulty moving.

Though the disorder can be quite debilitating, the severity of symptoms can be managed with treatment, and individuals can make a full recovery from ADEM.

Although treatment for encephalitis exists, recovery from this disorder varies widely on a case-by-case basis. While some people make full recoveries, others are left with lifelong complications.

Transverse Myelitis is a rare neurological disorder in which both sides of the spinal cord become inflamed, causing paralysis, pain and other disturbances throughout the body.

An autoimmune disease, transverse myelitis occurs when a triggering event (such as an infection or even a flu vaccine) causes the immune system to go haywire and attack the spinal cord as if it were a disease.

The typical case of transverse myelitis causes weakness in an area of the body (such as the legs) that becomes progressively worse and can spread to other parts of the body.

Symptoms typically progress rapidly over the course of a few days. Recovery is either partial, moderate, or full depending on how well the individual responds to treatment.

Henoch-Schönlein Purpura (HSP), also called IgA vasculitis, is a disease in which the blood vessels swell and can even leak. HSP occurs when the immune system becomes overactive and mistakenly attacks the blood vessels.

Though it is not clear what exactly triggers this overactive response from the immune system, some individuals have developed HSP after receiving the flu vaccine.

The primary symptom of HSP is a rash that resembles raised bruises or red dots. This rash, caused by leaking blood vessels, can spread throughout the entire body.

HSP can also cause digestive complications and, in the most serious cases, it can lead to kidney failure.

Chronic Inflammatory Demyelinating Polyneuropathy, or CIDP, is a disorder that causes weakness and dysfunction in the limbs. In rare cases, CIDP can develop after receiving a flu vaccine.

Though the exact cause of CIDP is not known, evidence suggests that it is an autoimmune disorder in which the immune system attacks the protective layer around the nerves.

CIDP typically begins with numbness or tingling in the toes and/or fingers, and then spreads to the arms and legs. Although some individuals experience permanent weakness in the affected body parts, most people with CIDP make a full recovery.

Thrombocytopenia is a disorder in which your blood platelet levels are lower than they should be.

Thrombocytopenia can be caused by a variety of factors, such as autoimmune disorders, pregnancy, medications, and–in very rare cases–the MMR vaccine.

Individuals with thrombocytopenia may have low blood platelet counts for one of three reasons: underproduction of platelets in the bone marrow (where all blood cells are produced), disproportionately large destruction of platelets, or platelets becoming trapped inside of the spleen.

Because platelets, also called thrombocytes, are necessary to clot the blood and stop bleeding, severe cases of thrombocytopenia can cause internal bleeding.

Symptoms of thrombocytopenia include excessive bleeding, patches of visible bleeding below the skin, bloody noses and gums, and fatigue.

Individuals may take years to recover. However, milder cases of thrombocytopenia can respond to treatment and resolve within a few days.

Diagnosed with a Vaccine Injury?

Our vaccine attorneys can review your case and determine if we can represent you.

There is a statute of limitations to file a claim. If you miss the deadline, there are no second chances.

Our attorneys have won hundreds of millions of dollars in compensation for our vaccine injury clients. See more than 600+ of our case results and their award amounts.

Diana L. Stadelnikas is a lawyer who represents vaccine injury clients and families across the United States. She is admitted to the Florida Bar and is a member of the bar of the United States Court of Federal Claims in Washington, DC. Ms. Stadelnikas has a Bachelor of Science Degree in Nursing. Diana was part of a pioneering team of pediatric surgical nurses at West Virginia University Medical Center.

My experience with mctlaw for my hip claim was remarkable, I found the communication to be outstanding. I also felt they did an excellent job setting expectations and then delivering on those stated expectations. From net amount, timing of the settlement, how much each related party would receive etc. they were outstanding. I would highly recommend them. They are very professional and set the bar in vaccine injury practice.

Five stars for mctlaw! Paralegal Leslie Williams did an outstanding job communicating with us and keeping us informed. Thanks for all the help.

I am excited to be receiving my final payment so I can put all this behind me. I am really grateful to everyone who played a part in getting me this well deserved settlement as my life has been negatively impacted over the years.

We cannot thank you enough for the services your firm has provided for Marie and I in our time of need. I could not have chosen a finer firm near or far to represent us.

My first response is “Wow!” It has only been 11 months since I first heard of “SIRVA” and an HHS program that awarded compensation to its victims and only 7 months since MC&T accepted my case. I feel that your efforts on my part made all the difference.

Thanks to you I am living comfortably in my own home with assistance. After my devastating GBS diagnosis from the flu vaccine six years ago, I didn’t know what to do. Thank goodness I found you and your law firm. Thank you so much!

Alison is a phenomenal attorney… When she put together the demand letter she was able to explain what I had been through and how I had felt… I want to thank your firm but personally thank all that had a hand in resolving my case.

The past 10 months have been a whirlwind to say the least but we are truly thankful, grateful and appreciative of …all you have done for our family. This is truly life changing for us. The weight that this lifts off of our shoulders and the peace of mind it will give us….its priceless. So again, thank you.

Thank you so much. It was so nice to deal with someone who treated us with respect and had a true interest in our future. This would not have happened without your hard work. Please tell anyone who helped with this that we truly appreciate it.

I am so grateful for all of your time and tireless work that you have put into resolving my case. Most sincere thanks.

I just wanted to thank you for your help over the past 3 years…Thank you for negotiating with the DOJ in order to get as much as we could under the circumstance…It has been a pleasure having you and your wonderful staff here to assist me in this long and tedious effort.

Mr. Maglio, I want you to know the appreciation I have for Diana Stadelnikas and her team for the effort they have put into my wife’s claim! The settlement negotiation they achieved (in a very frustrating situation) is outstanding! While there’s a way to go yet, I want to assure you will they have my full confidence and gratitude to the finish! I know you must be proud of your people!

I thank you so much for your diligent and hard work on my behalf. You are a thoroughly professional and pleasant person and I am grateful for having you on my case.