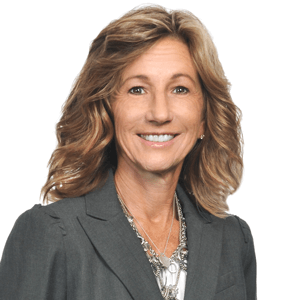 Diana L. Stadelnikas, Esq. represents clients and families across the nation who have been injured by adverse vaccine reactions and in complex international adoptions. She is admitted to the practice of law in the State of Florida and is a member of the bar of the United States Court of Federal Claims in Washington, DC. Ms. Stadelnikas became a partner at Maglio Christopher & Toale, P.A. in 2009.

From her graduation from law school until she focused her practice on representing vaccine-injured individuals, Ms. Stadelnikas practiced in the areas of medical malpractice, personal injury, and complex international adoptions. From 1996 to 2007, Ms. Stadelnikas had a solo law practice, focusing on international adoption services and immigration services for minors, uniting forever families with children from China, Guatemala, Romania, Vietnam, and Korea. Ms. Stadelnikas assisted families from throughout the State of Florida, traveling to meet families in their homes and then their children when they arrived from overseas. She founded the Gulf Coast Chapter of Families with Children from China, which offers cultural and social activities for children and the families who have adopted internationally.

Ms. Stadelnikas is a graduate of West Virginia University, first earning a Bachelor of Science in Nursing in 1984. She was selected to be a member of the Sigma Theta Tau Honor Society of Nursing. Diana went on to work at the WVU Medical Center as part of the pioneer team of nurses to help open the first pediatric critical care unit. Ms. Stadelnikas earned her Juris Doctor from West Virginia University Law School in 1991. As a law student, Ms. Stadelnikas was named in Who’s Who Among American Law Students in 1990 and 1991. As a law student, Diana volunteered as a Guardian Ad Litem for the West Virginia Courts.

Ms. Stadelnikas was born in Cocoa Beach, Florida and has been a resident of Sarasota, Florida for over 16 years. She volunteers her time at her children’s’ school, athletic teams, and local charity tennis events.  Diana is a member of the Sarasota County Bar Association, the United States Court of Federal Claims Bar Association, and the Vaccine Injured Petitioners Bar Association. She lives in Sarasota and is the proud mother of three children.