The attorneys at mctlaw have extensive experience dealing with the legal challenges facing Indian governments and organizations relating to gaming, tribal governance, land use and environmental issues, Indian health, and historic preservation. 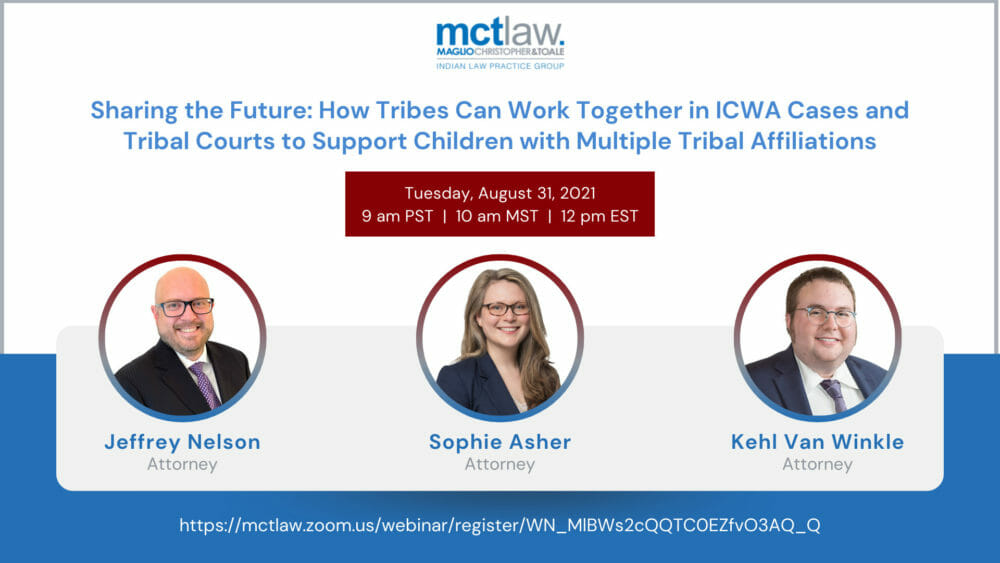 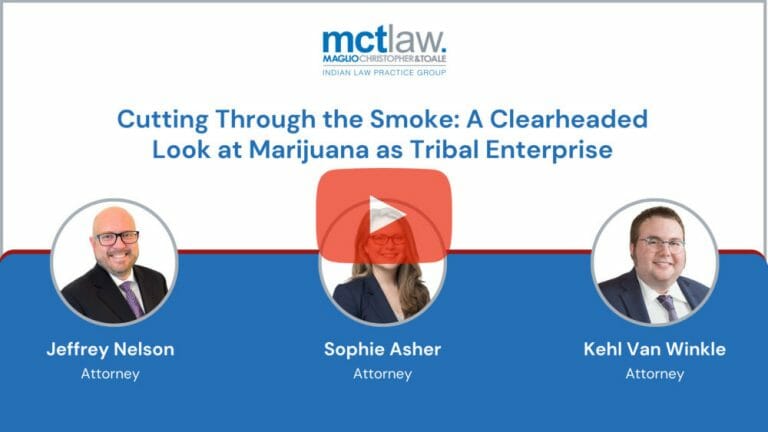 Jeffrey Nelson has served as an Assistant Solicitor at the Department of the Interior and Senior Attorney at the National Indian Gaming Commission. He is currently Assistant Attorney General for the United Keetoowah Band of Cherokee Indians in Oklahoma.

Sophie has worked in the Pojoaque, Laguna, Santa Ana, Isleta, and Jemez Pueblo Courts, and for the New Mexico Legal Aid Indian Office. As a public defender Sophie represented clients in New Mexico's Healing to Wellness Court. She also worked in a non-profit legal services center for children, where she implemented the Indian Child Welfare Act (ICWA) in New Mexico state court, and represented children in the tribal courts for the Pueblo of Santa Ana and the Pueblo of Isleta.

Kehl Van Winkle concentrates his practice in Federal Indian Law with a particular focus on economic development. He has previously served as in-house counsel for the Sauk-Suiattle Indian Tribe where he was active in the development of gaming and cannabis businesses.

"The Indian law attorneys at mctlaw have been fantastic. They have really helped give new life to the UKB Tribal Court, both in terms of funding and the development of tribal law."
.
Kristie Bradley​
Tribal Court Administrator and citizen of the United Keetoowah Band of Cherokee Indians in Oklahoma​

The casino and gaming industry is a complex web of regulations and rules. Indian gaming adds on additional layer that can be nearly impossible to navigate. Our tribal gaming practice helps bridge the gaps between government, tribe, business and consumers. Our Firm’s Indian gaming practice includes:

Tribal governments have the sovereign right to govern themselves and their lands, and to exercise that sovereignty in many different ways. mctlaw can help tribal governments protect those rights, uphold tribal sovereignty, and exercise it for the long0term benefit of the tribe and its citizens. That includes:

Land Use and Environment

Our Firm also helps with complex issues relating to environmental problems or land-use planning, as well as agricultural issues such as regulating and promoting the production of hemp in Indian country pursuant to the U.S. Department of Agriculture’s new Hemp Program. We can also assist tribes with the complex National Environmental Policy Act consultation and public comment process and in the creation of regulations to implement the tribe’s environmental policies. Here’s an overview of how we can help with Indian land-use and environmental issues.

mctlaw. understands how important it is to preserve and protect the rich history of Indians through legal means. There are many ways we can use the law in upholding Indian sovereignty, including negotiating agreements to protect valuable cultural properties and helping get the word out on government planning that interferes with the Indian way of life. Our Firm is committed to helping preserve Indian history by:

The mission of the Indian Health Services is to provide public health services to American Indian and Native Alaskan peoples. The way those healthcare services are distributed may sometimes be discriminatory and the quality of services may not be equivalent among tribes. Our attorneys investigate complaints of healthcare discrimination and take any legal actions necessary to hold agencies and providers accountable.