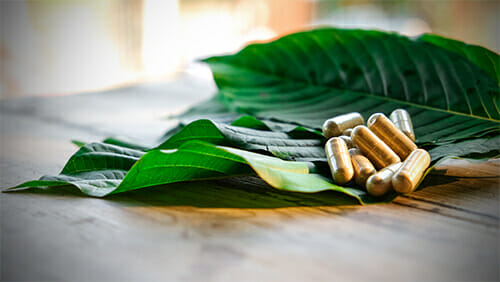 How mctlaw Can Help You with a Kratom Lawsuit

The attorneys at mctlaw are representing the families of people killed, seriously hurt, or addicted after using a substance called kratom that is sold in stores across most of the country. We’ve filed one of the first lawsuits against the manufacturer and distributors of this deadly substance and have filed lawsuits in Georgia, Texas, Pennsylvania, Florida, Oregon, and Washington, with more pending.

Kratom is a plant-based powder, tea, or pill marketed and sold as a “miracle” solution to many illnesses. In reality, kratom is a dangerous substance that acts like a painkiller and can trigger addiction. People taking kratom can overdose and die. The Centers for Disease Control (CDC) has linked more than 150 overdose deaths to kratom use.

If you have been impacted by a severe injury, or even death,  related to kratom we would like to offer you a free case review.

What We Need for a Free Case Review

In order to review your potential case, we will need some records from you.

For a potential case involving death related to kratom we need:

For a potential case involving injury or addiction related to kratom we need:

The attorneys at mctlaw are on the front lines of holding the kratom industry accountable for their role in deaths and serious injuries from kratom products. We have filed lawsuits on behalf of families across the country in Georgia, Texas, Pennsylvania, Florida, Oregon, and Washington, with more to come.

In Palm Beach County, FL we represent the family of a 39-year-old mother of four who died from a kratom overdose. She died on Father’s Day 2021, after celebrating her oldest son’s high school graduation. She was cooking breakfast for the family when her fiance found her collapsed on the kitchen floor, with their infant son nearby. Next to her, there was a cup of coffee and a package of kratom.

Mctlaw filed a kratom wrongful death lawsuit in Ellis County, Texas after a 29-year-old suffered a seizure from the kratom tea he drank while working overnight at a hotel. He was found dead the next morning by a coworker.

Mctlaw filed a wrongful death lawsuit in Gwinnett County, Georgia after a man died from drinking kratom mixed with orange juice. His wife and son performed CPR on him before he was transported to the hospital and pronounced dead.

To help protect consumers, the U.S. Food & Drug Administration issued warning letters jointly with the Federal Trade Commission about the dangers of Kratom to four companies on June 30, 2022. The companies are selling unapproved Kratom products and kratom essential oils to treat or cure opioid use disorders and withdrawal symptoms.

The list of companies that received warning letters includes:

Mctlaw is a national leader in medical product liability lawsuits and has won several billion dollars on behalf of our clients.

Kratom, also known as Mitragyna speciosa, is made from tree leaves that have psychoactive compounds that may be addictive. It is typically found in stores as pill capsules filled with powder, or as a powder used for tea.

Kratom is NOT approved to treat ANY type of medical condition in the United States. In 2012 and 2014 the FDA listed kratom as an unapproved drug and issued an import alert in an effort to keep it out of the country.

“Despite our warnings that no kratom product is safe, we continue to find companies selling kratom and doing so with deceptive medical claims for which there’s no reliable scientific proof to support their use,” said FDA Commissioner Scott Gottlieb, M.D.

Businesses and distributors in the United States are selling Kratom with illegal claims that it can cure addictions, treat pain, and alleviate depression and anxiety. Some manufacturers have also falsely tied in kratom with improving immunity to and fighting off Covid-19.

IS KRATOM LEGAL IN THE UNITED STATES?

The FDA restricts the import of kratom into the U.S. for medical use, but it is not technically illegal to bring into the country or to sell it. Kratom is not illegal to buy, sell or possess at the federal level. But, it is illegal in Alabama, Arkansas, Indiana, Rhode Island, Vermont, and Wisconsin. In other states, kratom is legal but may be regulated or outlawed by individual counties or cities such as Washington, D.C, Denver, CO, Sarasota, FL, and San Diego, CA

In 2016 the Drug Enforcement Administration (DEA) tried to classify kratom as a schedule 1 drug, similar to heroin, ecstasy, and LSD. However, lobbyist groups like the American Kratom Association have successfully kept kratom off the DEA drug list, claiming that it is safe and natural.

No US government organization regulates how kratom is made, so consumers have no protection from bad manufacturing. Poor manufacturing processes can lead to increased injury for consumers. Between February and May of 2018, the FDA linked a large salmonella outbreak directly to various kratom brands. It poisoned 199 people in 41 states across the country and led to hospitalizations for 38% of those people. In lab testing, the FDA discovered kratom products showed highly toxic levels of heavy metals, including lead and nickel. Metal exposure can cause damage to the nervous system, kidney failure, and even cancer. Research in the journal Pharmacotherapy found that kratom users experienced serious side effects, including seizures, tachycardia, coma, heart attacks, and death.

Kratom, or Mitragyna speciosa, is a plant native to Southeast Asia used to create a tea or powder for consumption. In small doses, kratom can have a stimulant effect, but in large doses it acts as a sedative. Users often take kratom recreationally or use it to try and alleviate symptoms of opiate withdrawal.

What are the Side Effects of Kratom?

Side effects of kratom can include:

Is Kratom an Opioid?

The Food and Drug Administration has said that kratom  “isn’t just a plant – it’s an opioid” in a news release from February 2018. The FDA research shows that the chemical structure of kratom binds to opioid receptors in the brain, indicating evidence of kratom’s opioid properties.

How Can You Help Me if I’ve Been Hurt by Kratom?

We have filed numerous wrongful death lawsuits for surviving family members of those killed by kratom in states across the country. We can offer a free case review if your loved one has died from a kratom overdose.

If you’ve taken kratom and experienced a physical injury related to it, we may be able to help you if you are no longer actively using the substance.

Can You Overdose on Kratom?

Yes. It is extremely possible to overdose on kratom. The chemical substances in kratom can act as a sedative and cause seizures, heart failure, lung hemorrhaging, respiratory failure. The FDA reports dozens of deaths across the country that are directly related to kratom use. Our attorneys currently represent families in kratom wrongful death lawsuits against manufacturers and distributors.

Kratom is known to be addictive, and many users often struggle to stop using kratom. Symptoms of kratom withdrawal can be similar to opiate withdrawal.

Can Kratom Kill You?

Yes. Kratom has been linked to dozens of deaths in the United States. Our attorneys represent families across the country in kratom wrongful death lawsuits

Can You Sue Kratom Manufacturer?

You can and we have. Our attorneys have filed kratom wrongful death lawsuits against kratom manufacturers and distributors in states across the country.

Watch KIRO7’s recent news story about a Washington state father of 3 who died after drinking Kratom tea. His widow has filed a wrongful death lawsuit against the company that manufactured and marketed the products alleged to have caused his death.

Our Qualifications to Represent You in a Kratom Lawsuit

We Are Nationally Recognized Trial Attorneys

Our attorneys represent people across the entire United States. We are a product liability law firm with decades of experience in Federal and State courts all over the country. We have the reputation of aggressively and successfully representing our clients against huge corporations during negotiations and jury trials.

We Represent People with Medically Complex Issues Every Day

Product liability lawsuits are NOT simple personal injury cases. Your attorney must have an understanding of complex medical issues. The product liability team at mctlaw helps clients every day with rare and complicated medical diagnoses, side effects, and reactions. We thoroughly review clients’ medical records to find evidence to support their claims.

Free Attorney Review of Your Case