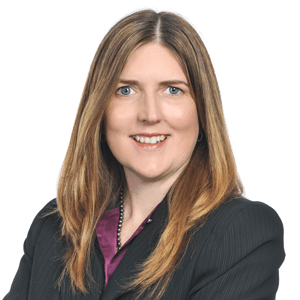 After graduating with honors from the University of Florida College of Law, Ms. Maglio began her legal career in the public sector as an Assistant County Attorney for Sarasota County, Florida. At Sarasota County, Ms. Maglio litigated a variety of matters including land use, civil rights, and employment law actions. As part of her duties in the County’s litigation section, Ms. Maglio prepared appellate amicus briefs for the Florida Association of Counties and Sarasota County on local government issues being argued before the Florida Supreme Court.

Moving into private practice, Ms. Maglio focused on the litigation of complex commercial cases both at trial and on appeal. She has prosecuted and defended civil matters in the Florida state court system as well as in Federal Courts in Florida, New York, and Chicago.

Since joining mctlaw, Ms. Maglio has expanded her appellate practice to include appeals for all of the Firm’s clients, including appeals to the Court of Federal Claims and the Federal Circuit regarding vaccine injuries. Ms. Maglio has appeared in briefing before the United States Supreme Court, filed an Amicus Brief with the United States Supreme Court in the matter of Bruesewitz v. Wyeth on behalf of the Vaccine Injured Petitioners Bar Association, The George Washington University Law School Vaccine Injury Clinic, and one of the Firm’s clients.

Ms. Maglio was born in Bryn Mawr, Pennsylvania, and raised in Miami, Florida. Residing now in Sarasota, Florida with her husband and two children, Ms. Maglio is a sustaining member of the Junior League of Sarasota, is active in fund-raising for the New College Foundation, and volunteers for the Community Foundation of Sarasota on their Scholarship Committee.