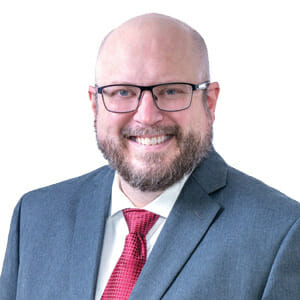 Jeffrey Nelson manages the Indian Law Group at mctlaw, bringing over 20 years of experience working in Washington, DC on Indian law and litigation matters, including as a Senior Attorney at the NIGC and as an Assistant Solicitor at the DOI.

Jeff now represents tribes across the country on Indian gaming and tribal governance matters. He also serves as the Assistant Attorney General for the United Keetoowah Band of Cherokee Indians in Oklahoma.

Previously, Mr. Nelson worked on complex litigation at a large plaintiff-side law firm, where he was appointed as a Special Assistant Attorney General for the State of Montana in that State’s opioid litigation. At the beginning of his legal career, Jeff was an environmental and Indian law lawyer in one of the nation’s largest law firms, during which time he served as a Trustee for the Mattaponi Tribe of Virginia.

Before becoming a lawyer, Jeff served as a park ranger at the South Rim of the Grand Canyon. Jeff still enjoys heading into the woods for a hike or a camping trip, especially with his kids.