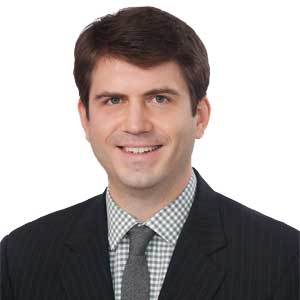 Joe focuses his practice on complex litigation and vaccine injury compensation before the Court of Federal Claims. Prior to joining the Maglio Christopher & Toale Law Firm, Joe began his career in the mergers and acquisitions practice of a major Washington, D.C. law firm, worked on corporate restructurings and turnarounds, and then spent several years in his own practice representing entrepreneurs and small businesses.

Joe then received a master’s degree in biology with an emphasis on cognitive neuroscience from the University of Cambridge in the United Kingdom. Along with several Cambridge scientists, he published research on the cognitive basis of visual impairment in brain-damaged patients. These results appeared in Neuropsychologia, a prestigious and widely read journal.

Joe then attended law school at the New York University School of Law where he served as staff editor of the Annual Survey of American Law.