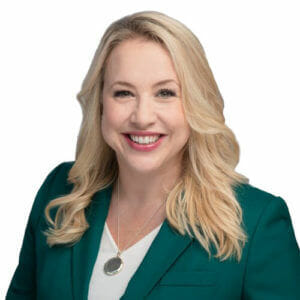 Ms. Huff graduated with High Honors from the University of California at Santa Cruz. She attended Golden Gate University School of Law where she served as an editor for the Environmental Law Review. She is admitted to practice law before the Courts in the State of California, the State of Texas, and the United States Court of Federal Claims.

Ms. Huff spent three years as an in-house attorney for Farmers Insurance Company in their Austin, Texas office. Most recently, she was a Partner at the firm of FisherBroyles in their Austin office, handling defense matters for a large national client.

Ms. Huff has relocated to Seattle, WA where she lives with her husband and two young children. She serves on the Parent Advisory Council for her son’s school district and in her free time she enjoys exploring the beautiful Pacific Northwest with her family and their dog, Hank.