We DO NOT provide vaccine exemptions or medical advice of any kind.

Dermatomyositis (JDM) Triggered by a Vaccine

Dermatomyositis is a rare autoimmune disease.  It leads to an inflammatory response in which the body’s immune system attacks blood vessels in the muscle and skin. Typical symptoms include muscle weakness and a skin rash. Both children and adults are susceptible to this disease, although it is most common in children between ages 5 and 10, and adults between ages 40 and 50.  Highly experienced attorneys at MCT Law represent people with vaccine triggered dermatomyositis.

The adult form of the disease presents differently than the juvenile form.  Additionally, females are affected about twice as often as males. However, it does not appear that people of a certain race or from a specific geographic region are predisposed to this disease. The American College of Rheumatology estimates that about 3 out of one million children are diagnosed with juvenile dermatomyositis (known as JDM) each year.

Diagnosed with Dermatomyositis After a Vaccine?

What Causes Dermatomyositis (JDM) and Could Vaccines be a Factor?

Doctors and researchers don’t fully understand what causes this disease; no single factor has been identified as the cause of dermatomyositis or JDM.  However, some individuals show a genetic predisposition to the condition, even though it’s not inherited in the way other muscle diseases are, such as muscular dystrophy.

It’s believed dermatomyositis is an abnormal immune system response triggered by some external factors, including infection, injury, sunburn, or even some vaccinations.  According to Boston Children’s Hospital, a vaccine may trigger a child’s JDM if he or she was predisposed to the condition. No specific vaccine has been identified as a singular trigger, but reactions have been reported in medical literature after the H1N1 vaccine, trivalent influenza vaccine, and HBV or Hepatitis B vaccination.

Attorneys at mctlaw are highly experienced at representing people with vaccine triggered dermatomyositis within the United States Court of Federal Claims. You can download and read through one of our more recent case results here: Case 00-749V.

What are the Symptoms of Dermatomyositis?

The disease mainly shows itself in two ways.

First, a distinctive rash and muscle inflammation, and a pinkish/purple or reddish rash usually appear on the face, eyelids, and hands, and sometimes the skin near joints, including the knuckles, knees, and elbows. The rash is often scaly and may look similar to eczema, but the color should set it apart from other skin conditions. This rash may get worse after sun exposure and this is often the first sign of dermatomyositis.

Second, muscle weakness caused by inflammation. The muscles affected are usually those closest to the ‘trunk’ of the body, which includes the neck, shoulders, and hips.  So patients may have a hard time getting into a car, off the floor, climbing stairs, or brushing their hair.

Although there is no cure for juvenile dermatomyositis, there are treatments to help reduce or eliminate symptoms. There are three possible outcomes for those diagnosed with JDM: continuous disease, chronic limitations, or full remission. The most common medications used are corticosteroids, immunosuppressants, and chemotherapy.

When the above therapies don’t work, other treatment options include immune-suppressive drugs cyclosporine and cyclopentolate mofetil.

What is the Prognosis for those with JDM?

Most children go into remission and have their medications stopped within two years. About half of children diagnosed with JDM recover completely. Some children may have a form of the disease that does not respond well to medications; others may have repeat episodes of the disease. Secondary conditions that have been seen with JDM include arthritis, diabetes, and celiac disease. Overall, most children diagnosed with JDM go on to live active lives.

Call Us Now
We cannot thank you enough for the services your firm has provided for Marie and I in our time of need. I could not have chosen a finer firm near or far to represent us.
John and Marie (Last Name Withheld for Privacy)
My first response is "Wow!" It has only been 11 months since I first heard of "SIRVA" and an HHS program that awarded compensation to its victims and only 7 months since MC&T accepted my case. I feel that your efforts on my part made all the difference.
A. Stoneburner
Thanks to you I am living comfortably in my own home with assistance. After my devastating GBS diagnosis from the flu vaccine six years ago, I didn't know what to do. Thank goodness I found you and your law firm. Thank you so much!
Name Withheld for Privacy
...Alison is a phenomenal attorney... When she put together the demand letter she was able to explain what I had been through and how I had felt... I want to thank your firm but personally thank all that had a hand in resolving my case.
Name Withheld for Privacy
The past 10 months have been a whirlwind to say the least but we are truly thankful, grateful and appreciative of ...all you have done for our family. This is truly life changing for us. The weight that this lifts off of our shoulders and the peace of mind it will give us....its priceless. So again, thank you.
Name Withheld for Privacy of a Minor Child
Thank you so much. It was so nice to deal with someone who treated us with respect and had a true interest in our future. This would not have happened without your hard work. Please tell anyone who helped with this that we truly appreciate it.
Martin (Last Name Withheld)
I am so grateful for all of your time and tireless work that you have put into resolving my case. Most sincere thanks.
M.R.
I just wanted to thank you for your help over the past 3 years...Thank you for negotiating with the DOJ in order to get as much as we could under the circumstance...It has been a pleasure having you and your wonderful staff here to assist me in this long and tedious effort.
Name Withheld for Privacy
I just wanted to thank you for your help over the past 3 years. I will be more than glad to refer anyone to you if I hear of someone with a vaccine issue or other related problems. It has been a pleasure having you and your wonderful staff here to assist me in this long and tedious effort.
George (Last Name Withheld for Privacy)
Thank you for all of your efforts all along to help resolve lifelong issues I will always have due to this defective implant. You have held my hand through a lot and each and everyone of you at MCT are appreciated for all of your efforts.
Name Withheld for Privacy
Mr. Maglio, I want you to know the appreciation I have for Diana Stadelnikas and her team for the effort they have put into my wife's claim! The settlement negotiation they achieved (in a very frustrating situation) is outstanding! While there's a way to go yet, I want to assure you will they have my full confidence and gratitude to the finish! I know you must be proud of your people!
W.C.
Previous
Next 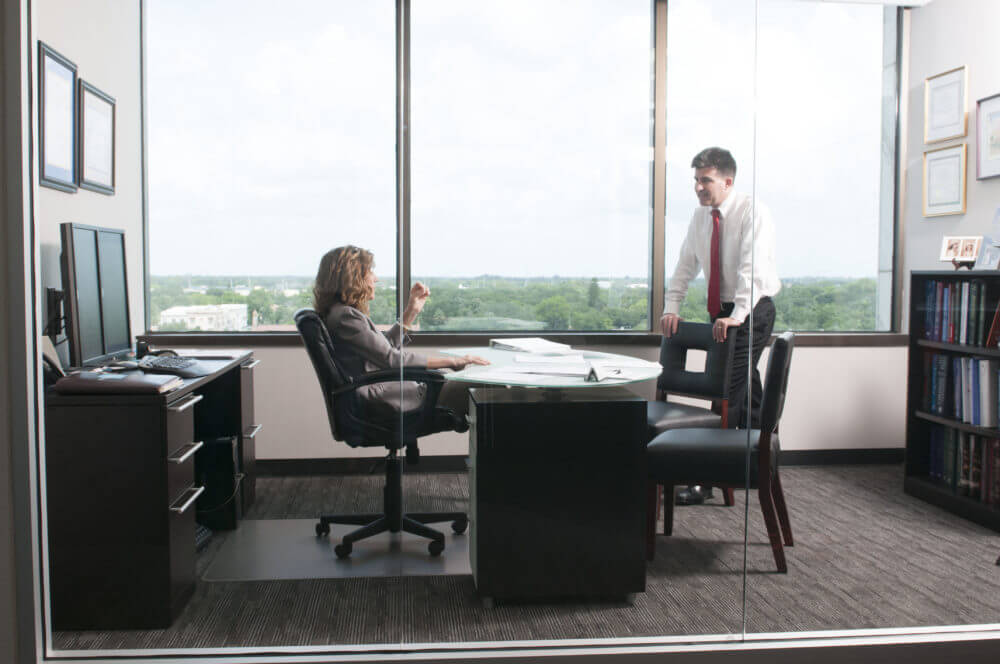