We DO NOT provide medical advice of any kind.

What is Polyarteritis Nodosa?

Polyarteritis Nodosa (PAN), previously known as panarteritis nodosa and periateritis nodosa, is a rare, however serious disease that causes swelling in the medium-sized blood vessels in the body.

When these blood vessels swell, they become weak, stretched out, or so thin that they rupture and bleed into the surrounding tissue.  Consequently, this makes the blood vessels unable to carry blood to different organs throughout the body, which causes serious organ damage.  PAN most commonly affects the skin, nerves, joints, intestinal tract, heart, or the kidneys.

Multiple reports in the Vaccine Adverse Event Reporting System (VAERS) have found that patients can develop PAN after certain vaccinations.  VAERS is a vaccine safety database that contains reports of all negative side-effects to vaccines.  It is managed by the Centers for Disease Control (CDC) and the FDA.

Which Vaccines Have Been Linked to Polyarteritis Nodosa?

For the most part, vaccines are completely safe procedures that prevent communities from suffering outbreaks of deadly diseases like tuberculosis, measles, and yellow fever. However, in rare cases, patients can suffer injuries like polyarteritis nodosa as a side-effect of an otherwise safe vaccine.

Although the causes of many vaccine injuries are not clear, research suggests some patients’ bodies might over-react to their vaccines, leading to serious side-effects. The following vaccines have been linked to PAN:

Diagnosed with Polyarteritis Nodosa After a Vaccine?

What to do if you Developed Polyarteritis Nodosa After a Vaccine?

If you feel that you have developed  Polyarteritis Nodosa due to an injection, you should first seek medical attention because early treatment is key to making a full recovery. In addition to speaking with your doctor, you should contact a lawyer who is experienced in representing victims in the Federal Vaccine Court, as you may be eligible for compensation from the federal government.

Filing a vaccine injury claim is very complex.  However, there are no legal costs for an injured patient represented by Maglio, Christopher and Toale, P.A.   When your case is complete, our law firm asks the Court for reimbursement of the fees and costs incurred representing you. This reimbursement is separate from any money that you are awarded by the Federal Vaccine Court.

You never have to share ANY portion of your money for damages with our law firm.  Click here to find out more about the legal process of vaccine injury compensation.

If you would like more information, please fill out the online vaccine form on this page or call our offices’ toll-free at (888) 952-5242 for a free case evaluation.

Because Polyarteritis Nodosa affects a variety of organs, the symptoms of PAN vary from person to person.

How is PAN Diagnosed?

If a doctor suspects that you have polyarteritis nodosa, they will likely require some of the following procedures in order to make a diagnosis:

It is important to remember that no two cases of PAN are the same, and every patient will experience different sets of symptoms. Some types of PAN only affect the skin, other types affect only one part of the body, and other types of pan affect multiple organs at once.

If you, or a loved one, have experienced any combination of the symptoms above after receiving a vaccine, you should contact a lawyer with experience filing claims in the Federal Vaccine Court after seeking medical attention. You may be eligible for compensation from the federal government. Our law firm represents victims of vaccine injuries like polyarteritis nodosa at no cost, and you never have to share any portion of your reward with our firm.

If you would like more information, please fill out the online vaccine form on this page or call our offices toll-free at (888) 952-5242 for a free case evaluation.

Doctors do not know the exact causes of polyarteritis nodosa.  However, many studies suggest that the immune system is involved in triggering PAN.

Additionally, as discussed above, numerous reports have linked PAN to certain vaccination, especially the Hepatitis B and DTP vaccines.  More research is needed to fully understand was causes PAN.

PAN does not appear to be either hereditary or contagious.

How is Polyarteritis Nodosa Treated?

The treatment for polyarteritis nodosa varies slightly depending on which organs are involved. Generally, the base treatment for PAN includes a round of immune system-suppressing medications, called immunosuppressants. Though effective, immunosuppressive medications can come with many side effects that patients should be aware of. In addition to immunosuppressants, patients whose organs are affected by PAN are typically prescribed a corticosteroid and a drug called cyclophosphamide. Cyclophosphamide is sometimes used to treat cancer, however it is also used to treat PAN at much lower doses (which is NOT a cancer). 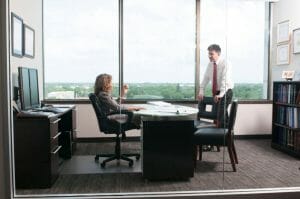