The PR Department at DePuy Orthopaedics must not understand the concept of irony.

The company just released a new marketing booklet called “Had I Known Then…”  co-authored by Ellen Spragins and featuring Hollywood actress Jane Kaczmarek from “Malcolm in the Middle.”  The free booklet includes a series of letters from joint replacement patients to their younger selves.  Each letter writer offers themselves advice about how joint replacement surgery will improve their lives. 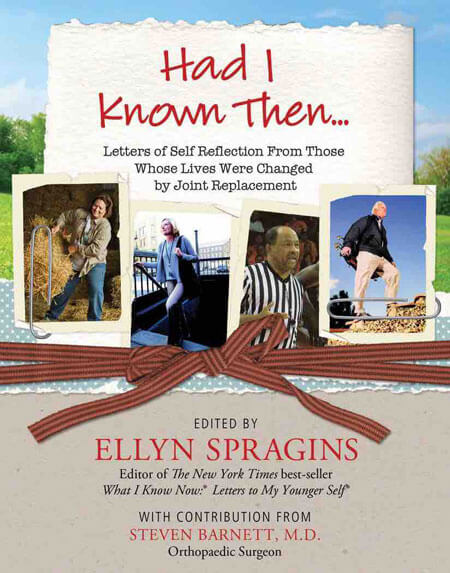 The irony of this marketing concept is not lost on the thousands of patients with recalled DePuy hips.  If only these victims knew then what DePuy already knew in 2007 about the ASR hip implants: That these things were going bad at an alarming rate.

Had they known then, thousands of patients around the world would be living active, pain-free lives right now.

Had they known then, orthopedic surgeons across the United States would have suggested a different type of hip implant.

Had they known then, people would not be living in fear of metal poisoning from cobalt and chromium debris that rubs off when the metal on metal ASR hip parts grind together.

A second, even more insensitive, and again ironic, DePuy joint replacement marketing campaign is called “Tested by us.  Real life tested by you.”  Does anyone actually want to be the “real life” guinea pig testing out DePuy’s latest medical invention?  But that’s exactly what happened for almost 100,000 people worldwide.  They became test subjects in what could end up being one of the most costly defective medical device recall in history.

Finally, the dedication on DePuy’s latest “Had I known then” booklet reads:

“To all who suffer from severe joint pain, their friends and family members: May you discover an end to hurting.”