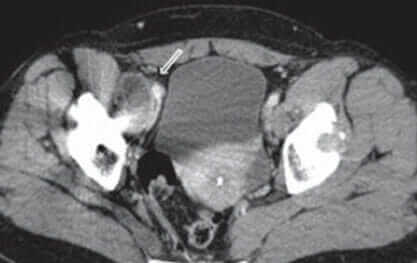 Why Were Stryker Hips Recalled?

In July of 2012, Stryker recalled the Rejuvenate and ABG II metal on metal hip replacements due to the potential for fretting and corrosion around the taper neck junction which could result in local tissue reactions (ALTR).  Symptoms of these reactions include pain and swelling.

Do I Need a Lawyer?

Stryker insists that you do not need an attorney to participate in their settlement program, but that could be a costly mistake. The payment amount for your case could be worth more than Stryker’s base payout. An attorney will negotiate on your behalf to get the settlement payout you deserve.

We recommend Stryker hip patients not contact Broadspire or call Stryker’s hotline without an attorney representing them. It is possible you could sign away your rights to future litigation or compensation.

The Stryker Rejuvenate and Stryker ABG II products are “modular” hip stems.  A hip stem is a slender metal rod that is implanted into a person’s femur bone as part of a Total Hip Replacement surgery (THR).  A regular, “non-modular” stem is made of one continuous piece, which curves inwards towards the hip socket at the top, or the neck, of the stem.   Stryker Rejuvenate and Stryker ABG II products are different and have a rarely used “modular” design. That means the stem and neck connect as two separate components instead of one continuous piece.

Howmedica Osteonics, a subsidiary of Stryker, sold 20,000 Rejuvenate and ABG II modular-neck hip stems throughout the United States.  Due to defects in the design of the modular neck, it is prone to:

Some of the biggest problems with traditional “non-modular” hips are actually even worse in “modular” hip implants such as these.  Researchers have known for decades that fretting and corrosion are common problems where the neck and the head of the hip implant attach to each other.  The corrosion leads to the release of metallic particles in the body that have caused extensive damage to bone, tissue, and even distant organs and systems.

The “modular” design of the Stryker Rejuvenate and ABG II products magnify this problem by adding a second connection point between the stem and the neck.  And to make things EVEN WORSE, these two parts of the Stryker hip stem are made of different metals:  The stem is a titanium alloy and the neck is a cobalt chrome alloy.

A study released 18 years before Stryker started making these hip implants concluded that the combination of a cobalt-alloy component with a titanium-alloy component in a modular femoral hip stem was dangerous and should be avoided (Collier JP, Surprenant VA, Jensen RE, Mayor MB, Surprenant HP. Corrosion Between the Components of Modular Femoral Hip Prostheses.” J Bone Joint Surg. Br. 1992:74-B:511-7.)

At each connection point, the components undergo microscopic motion which causes the two parts to wear and release metal particles.  Further, the junctures are prone to create pockets of space where fluid collects.  When this happens, the titanium stem is especially prone to corrode.  This corrosion further exacerbates metal wear problem.

Revision Surgery can be Traumatic

The metal wear can cause the tissue and muscle in your hip area to die off or necrotize.  Patients usually face having another surgery to remove the damaged Stryker hip components.  If the orthopedic surgeon has to remove the entire metal stem that has grown into the femur bone, it becomes an incredibly invasive operation.  The surgeon may have to cut and peel away part of the femur from the implanted metal stem to get it out.