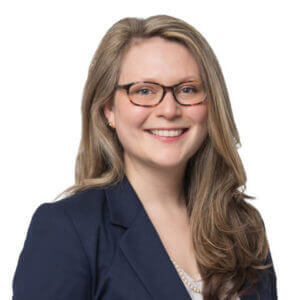 Sophie was a Public Defender in New Mexico where she litigated misdemeanor cases and worked in the Healing to Wellness Court. This program is a first-of-its-kind state court that utilized Native American and western modalities to address underlying issues of Native American clients convicted in state court. Sophie also worked at Pegasus Legal Services for Children, a non-profit that addressed matters of kinship caregivers, homeless youth, education issues, and youth justice. Sophie was a Guardian ad litem for the State of New Mexico ICWA Court, the Pueblo of Santa Ana, and the Pueblo of Isleta.

While in law school, Sophie served as Secretary of the Native American Law Students Association, Professional Articles Editor of the Tribal Law Journal, and participated in the Southwest Indian Law Clinic and the Innocence and Justice Clinic where she worked on a case involving matters of youth justice and juvenile brain development.

Sophie is excited to return home to the Northwest after spending the past eight years in New Mexico. When she’s not working, she spends time with her family, loves to read, and teaches Hebrew School.