William Christopher, Of Counsel | Attorney at MCTLaw
Skip to content 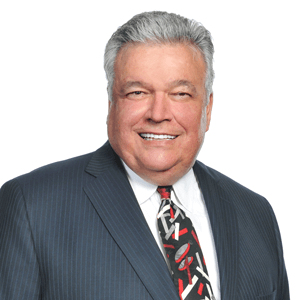 William “Bill” G. Christopher’s legal practice focuses on mediation, arbitration, and the litigation of complex civil cases. His clients range from some of the largest national organizations to individuals.

Mr. Christopher has over 40 years in the practice of law with large to medium-size firms in Washington, D.C., Detroit, West Palm Beach, Tampa, and Sarasota. His entire practice has involved trials, arbitrations, and mediations of complex civil cases. He has arbitrated over a hundred cases as a neutral arbitrator for the American Arbitration Association and has mediated over a hundred cases as a mediator for the American Arbitration Association and as a Florida Circuit Civil Mediator. Prior to becoming an attorney, he was an officer (Captain) in the U.S. Army Corps of Engineers (1962-1967).

Mr. Christopher has been admitted to practice law in Virginia (Admitted 1970, Emeritus), the District of Columbia (Admitted 1970), Michigan (Admitted 1977, Emeritus), Florida (Admitted 1988) and Texas (Admitted 1989, Emeritus ). Additionally, he has been allowed to conduct trials in New York, Minnesota, California, and Colorado. He is a member of the bar of the U.S. Supreme Court and various Federal Circuit Courts of Appeals and District Courts. He is Certified in Construction Law by the Florida Bar’s Board of Legal Specialization. He is certified by the Florida Supreme Court as a Circuit/Civil Mediator. He is a member of the Commercial Panel, Construction Panel, Large and Complex Case Panel, and a Mediator for the American Arbitration Association. He is also a US Bankruptcy Court for the Middle District of Florida approved residential mortgage foreclosure mediator.

May 2018: Panel member on the Alternative Dispute Resolution Program at the Sarasota County Bench/Bar Conference.