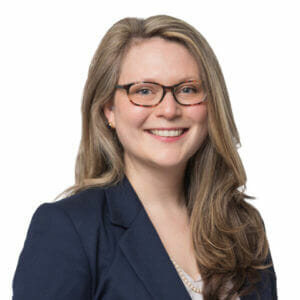 Sophie Asher brings a wealth of experience within the Indian Law field. She served as a public defender in New Mexico where she represented clients in misdemeanor cases. She also represented people in the state’s Healing to Wellness Court, a first-of-its-kind program to address underlying issues of Native American clients convicted in state court.

While an attorney at Pegasus Legal Services for Children, Ms. Asher helped implement the Indian Child Welfare Act (ICWA), was a Guardian ad litem for the State of New Mexico ICWA Court, and represented children in tribal courts in the Pueblo of Santa Ana and the Pueblo of Isleta. Sophie earned her Juris Doctor degree at the University of New Mexico School of Law. 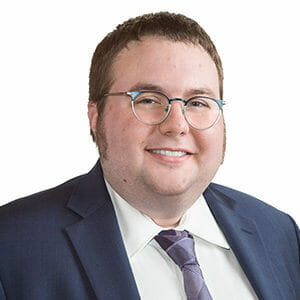 Kehl Van Winkle joins mctlaw after serving as an in-house attorney for the Sauk-Suiattle Indian Tribe. He represented the Tribe in multiple economic development projects, such as the opening of a casino and a cannabis dispensary. Mr. Van Winkle also represented the Sauk-Suiattle in Indian Child Welfare Act (ICWA) cases and served as the prosecuting attorney for the Tribe in Tribal Court

Kehl earned his Juris Doctor degree from Lewis & Clark Law School in 2017 and quickly focused his legal career on Indian Law matters. Van Winkle completed a judicial externship with the Hon. Michael H. Simon in the U.S. District Court for the District of Oregon and an externship with the Hon. Rebecca Duncan on the Oregon Court of Appeals. Judge Duncan now sits on the Oregon Supreme Court.

Mr. Van Winkle was born and raised in Salem, Oregon, where he also met his high school sweetheart and now wife. Kehl enjoys being outdoors kayaking, hiking, and camping. He also holds a leadership position at his church and hopes to coach high school and collegiate debate teams in Seattle as he did back in Oregon.

About mctlaw. Our Firm represents tribes across the country in tribal, state, and federal courts. In addition, we have more than 20 years of experience litigating in the United States Court of Federal Claims. The Firm’s other practice areas include Federal takings claims, government contract litigation, commercial and construction litigation, business law, and other complex civil litigation. Learn more about mctlaw at www.mctlaw.com